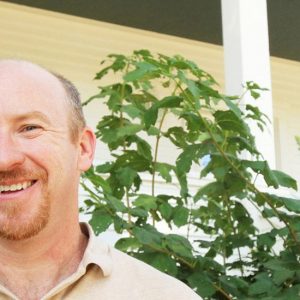 Mike Hart was interviewed with Jim Lane of Biofuels Digest and shares his perspective on the bioeconomy and where FastOx® gasifiers fit in.

Tell us about your organization and it’s role in the advanced bioeconomy. Sierra Energy has created the world’s most efficient gasifier. FastOx [gasification] developed in conjunction with UC Davis, US Army and California Energy Commission. Gasification is the missing link between complex feedstocks and a clean synthesis gas for use in a wide variety of biofuel applications. Our medium BTU synthesis gas is 70% CO and 30% H2.

Tell us about your role and what you are focused on in the next 12 months. We are focused on delivering our first commercial system early next year at the Army’s Fort Hunter Liggett here in California. Once that system has been commissioned we can begin to provide low-cost licenses to some of the thousands of cities, businesses and developers who have expressed interest in using this approach to achieving zero-waste.

Our next project is going to be developing a Zero Waste Innovation Park (ZWIP) where we can demonstrate at a much larger scale (500 tons per day) an integrated solution dividing waste between recycling, anaerobic digestion for organics and gasification for the entire residual. We hope to demonstrate large-scale production of renewable hydrogen for the fast-growing biofuel economy.

Finally, my goal is to launch our online licensing program that will allow developers to learn about our technology and its economics as it addresses their specific needs.

What do you feel are the most important milestones the industry must achieve in the next 5 years? A rational EPA that understands the environmental harm from methane and rewards methods of its capture and beneficial reuse.
Demonstration of profitable waste to clean energy gasification technology. This remains the greatest barrier to widespread change in waste handling.

If you could snap your fingers and change one thing about the advanced bioeconomy, what would you change? Investors who understood the importance of the “front-end” of the feedstock to end-product cycle. In my opinion, gasification of complex feedstocks, like garbage, is the key to a sustainable bioeconomy.

Of all the reasons that influenced you to join the advanced bioeconomy industry, what single reason stands out for you as still being compelling and important to you? Doing something meaningful combat global warming. My intent is to put this gasification tool into thousands of hands over the next few years.

Who do you consider your mentors. What have you learned from them? I have learned a great deal from many people, but the business people that I remember was my great uncle Caleb West, who was a Virginia banker. A real gentleman who taught me how important it was to find good partnerships whenever possible. He also taught me the importance of being honest in all your business dealings.

I also remember Charlie Soderquist, a real maverick who brought enthusiasm and creativity to every business he launched or invested in. I remember both men with a great deal of respect.

Steve Jobs synthesized the work of others like few people in history. He screamed at me a few times, but I had to recall, the world never looked as good in reality as it looked inside his head- it must have been frustrating. I respected his vision.

Elon Musk is simply remarkable. His focus on solving first principles and his incredible ability to look across multiple industries is unmatched.

Tony Hsieh impresses me with his unprecedented customer focus.

Click the link below to read the interview in its entirety. http://www.biofuelsdigest.com/bdigest/2014/11/05/4-minutes-withmike-hart-ceo-sierra-energy/