Groundbreaking New Report Released by the Bioenergy Association of California 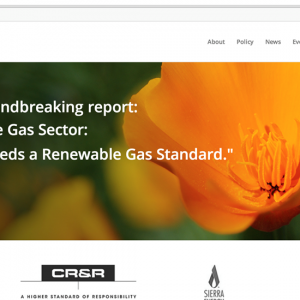 The Bioenergy Association of California (BAC) has released a report “Decarbonizing the Gas Sector: Why California Needs a Renewable Gas Standard”, that presents a groundbreaking strategy to reduce greenhouse gas emissions, increase energy security and jobs, and diversify California’s energy sector. Among the paper’s key findings:

A Renewable Gas Standard (RGS) would provide these benefits and more. Modeled after California’s successful Renewable Portfolio Standard, which has increased renewable electricity from 10 to more than 20 percent in just over a decade, the RGS would require a small but increasing share of the state’s gas supply to be renewable.

Get the report on the Bioenergy Association of California’s website.