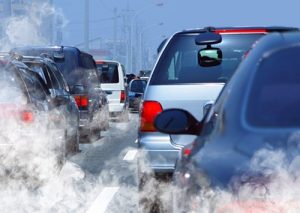 California is leading the nation in implementing greenhouse gas (GHG) reductions to combat climate change and is reaping the benefits in its booming clean energy economy.  According to Bloomberg, shares of California companies in the NYSE Bloomberg Americas Clean Energy Index will climb at double the national average in 2015.  The 26 California companies in Bloomberg’s Index, including Tesla Motors Inc. and SolarCity Corp., have added employees at a rate of 9.5 percent for the past two years.

Governor Brown has announced plans to further accelerate California’s GHG reduction program and the State’s clean energy economy by requiring that California reduce its GHG emission levels 40% below 1990 levels by 2030.  To meet this requirement, California must achieve GHG reductions in all sectors of its economy.  The state is increasingly seeking to reduce the harmful effects of short-lived and potent GHG’s, particularly methane, as a fundamental component of its strategy.  An updating of the state’s policies in the waste to energy sector provides opportunities to reduce GHG emissions by utilizing in state energy resources that are currently squandered in landfills.

To meet the Governor’s Executive Order, California must reduce its emissions by roughly 200 million metric tons of CO2e.  Landfills are a major contributor to GHG’s and unlike industrial sources, provide no positive contribution to the state’s economy. As waste decomposes, massive quantities of methane are emitted into the atmosphere. Landfill methane is the largest source of human-generated methane and has a global warming impact 84 times that of carbon dioxide over a 20-year period.

Sierra Energy, based out of Davis, California, views the 30 million metric tons of waste deposited annually into California landfills as a valuable source of low carbon energy.  The company’s unique hybrid gasification technology, known as FastOx® gasification, processes nearly any type of garbage without burning.  Injecting steam and oxygen at rapid and highly-concentrated rates, FastOx gasifiers break down waste at the molecular level, recovering energy-dense syngas.  The energy contained in the syngas can be utilized as electricity, diesel, or hydrogen gas.

A study performed by Sierra Energy examined the impact that converting waste into hydrogen gas using FastOx gasification would have on the emission goals set by Governor Brown.   The study determined that if all of California’s annual waste was diverted from landfills, converted into hydrogen gas, and used as transportation fuel, 87 million metric tons (MMT) of CO2e could be reduced annually.  Offsetting 87 MMT of CO2e is equivalent to taking more than half of the state’s vehicles off the roads, and would enable the state to reach more than 40% of its 2030 GHG reduction goal.

Recent growth in the hydrogen industry has made naysayers optimistic about the low-carbon fuel alternative.  Many of the major automobile manufacturers have announced the production of hydrogen-powered cars, including Toyota, Honda, Hyundai, General Motors, Ford, and Audi.

Toyota intends to market its first mass-produced hydrogen car, the Mirai, in the US by next year.  Furthermore, there are roughly 49 hydrogen fueling stations in development, according to the California Fuel Cell Partnership.

Currently, the transportation industry using gasoline-powered vehicles contributes about 37% of greenhouse gas emissions in the state of California, according to the Air Resource Board. The adoption of hydrogen-fueled cars, which only emit heat and water instead of pollutants, could play a large role in reducing these emissions.

Gasification is used in many industrial processes, but has yet to gain mainstream adoption for waste conversion in the US. This is due in large part to lingering concerns regarding emissions caused by incineration.  Incinerators operate at relatively low temperatures (<500°F) in an oxygen-rich environment causing feedstocks to be consumed in flame.  Incineration produces criteria pollutants including sulfur oxides and nitrogen oxides, as well as corrosive gases, including hydrochloric and hydrofluoric acid.  Incineration also produces hazardous ash, both as particulates in the exhaust gas and as a solid that must be disposed of in hazardous waste landfills.

By contrast, gasification operates at relatively high temperatures in an oxygen-starved environment.  The lack of oxygen prevents the burning of the feedstock. Instead, gasification breaks down the feedstock at the molecular level.  The process results in the generation of clean energy, and creates no hazardous by-products.  California policy makers are beginning to explore replacing blanket prohibitions on waste conversion technologies with performance-based standards for gasification based on objective and rigorous air quality and solid waste criteria.  Such a policy shift could help accelerate the widespread adoption of Sierra Energy’s technology, thus aiding the effort to meet the goals laid out by Governor Brown.

The U.S. Army has already recognized the importance of waste to energy technology and has taken a pioneering role in deploying Sierra Energy’s FastOx technology.  The Army is currently conducting a demonstration project at Fort Hunter Liggett in Monterey County.   With the support of the Army and the California Energy Commission, Sierra Energy is constructing a FastOx system that will convert the Fort’s waste into electricity.  The resultant power will supply energy and support
the Army’s goal of achieving zero-waste at the base.

Sierra Energy is currently completing the equipment procurement and final permitting phases.  Once the system is producing electricity, Sierra Energy will demonstrate the conversion of waste into renewable diesel, and subsequently, hydrogen.  The production of renewable diesel and hydrogen from waste facilitate the reduction of GHG emissions in the most challenging sector, transportation.

Governor Brown and California’s leadership on combatting climate change is a crucial step in the right direction for our state’s economy and for our planet.  Sierra Energy looks forward to being a part of the solution, providing ultra low carbon energy and transportation fuel while reducing the land use, soil and water impacts of landfilling.