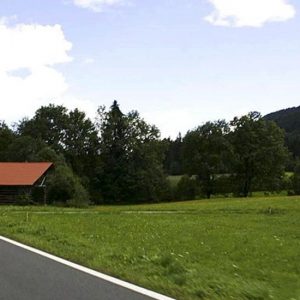 Sierra Energy is pleased to announce the award of a Small Business Innovation Research grant from the Defense Logistics Agency. The $100,000 grant will allow Sierra Energy to further explore the production of hydrogen fuel from waste.
Sierra Energy’s patented FastOx gasifier converts waste into an energy-dense gas with high hydrogen content. The system’s operational efficiency will be able to produce hydrogen at a comparatively low cost. This award from the Defense Logistics Agency is a key step in Sierra Energy’s efforts to help California realize Governor Jerry Brown’s greenhouse gas reduction goals.
The transportation system in California currently emits 170 million metric tons of carbon dioxide into the atmosphere annually, as reported by the Air and Resources Board. This greenhouse gas impact is compounded by the 56 million metric tons of carbon dioxide equivalent produced by landfills.
Producing hydrogen fuel from waste presents a unique opportunity to combat environmental hazards and health problems associated with both transportation and landfill emissions. For example, if California’s annual waste was diverted from landfills, converted into hydrogen, and used for transportation fuel it would offset the equivalent emissions of taking half of the state’s vehicles off the road.
To support greenhouse gas reduction goals, Governor Brown has indicated that the effort “will require enormous innovation, research and investment. We will need active collaboration at every stage with our scientists, engineers, entrepreneurs, businesses and officials at all levels.”
Sierra Energy is working closely with regulatory agencies to further support these efforts. Recently, the California Air Resources Board stated that it is establishing goals to significantly increase the use of alternative fuels like biofuels, electricity, hydrogen, and renewable natural gas.
Unfortunately, the widespread adoption of hydrogen fuel cell vehicles is currently hampered by challenges in production, storage and transportation. FastOx gasification can mitigate these issues by efficiently generating hydrogen fuel in population centers that produce waste.
For example, the agricultural waste disposed by farmlands along interstate 5 represent an energy-rich feedstock for hydrogen production. By deploying FastOx gasification to these areas, it is possible to close the existing distribution gapes in California’s Hydrogen Highway.