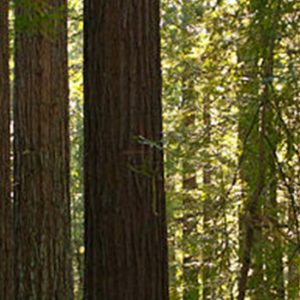 California has been hit hard by five years of drought and bark beetle infestations leaving massive swaths of dead, dry biomass across the state. For years, this biomass has been building and creating a hazard that has fueled some of the worst years of forest fires on record.
Governor Brown and the state government began to address this environmental hazard in September 2014 by signing SB 498. This bill updated the public resources code to include biomass gasification as a renewable energy source. This action allowed biomass conversion technologies to sell energy to California energy companies at favorable rates and receive incentives afforded to other renewable energy sources.
The density of dead biomass still threatening our communities prompted Governor Brown to declare a state of emergency this past December. To reduce this hazard and generate renewable energy, Governor Brown doubled down on his support of biomass conversion technology and directed the California Energy Commission to develop grant funding for these technologies.
Yesterday, the Sacramento Business Journal reported that the California Energy Commission has released the grant funding solicitation to spur innovation in biomass conversion technologies. Read an excerpt of Mark Anderson’s article below.

Five years of drought, bark beetle infestations and fires have left California forests with more than 60 million dead trees, creating an enormous hazard.
In December, Gov. Jerry Brown declared a state of emergency and called on the Energy Commission to put together grant funding from the state’s Electric Program Investment Charge.
That program is now open for bidders seeking research grants ranging from $400,000 to $5 million, with a total of $23 million in funding available.
“We will be looking at applying for at least two of the three grants,” said Rob White, chief strategist with Sierra Energy in Davis. The company has developed technology to convert garbage into energy. “I imagine anyone who is anyone in the industry will be looking at and applying for these grants.”

Click the link below to read the full article:
Sacramento clean-energy companies may benefit from dead-tree program