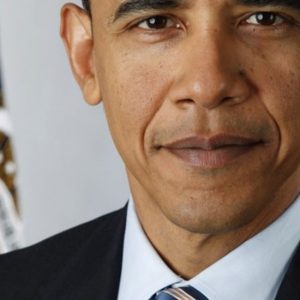 As members of Environmental Entrepreneurs, we are writing to applaud your plan to cut carbon pollution and address the challenges of climate change with commonsense actions that will benefit both the environment and the economy. Climate change fueled by carbon pollution is already creating economic and environmental disruptions with costs that continue to rise the longer we wait to act. By committing to a firm timeline for reducing carbon pollution from power plants, taking strategic action to adapt U.S. infrastructure to the changing climate and assuming global leadership in climate policy, you have provided the clear direction the American business community needs to address the most pressing issue of our time.

E2 is a non-partisan, national community of business leaders who promote strong environmental policy to grow the economy. We are entrepreneurs, investors, and professionals from every sector of the economy who collectively have been involved in financing, creating or working in the early development of more than 1,400 companies, which have created over 500,000 jobs. Our members manage over $108 billion in private equity capital that will flow over the next several years into new companies.

Currently, EPA sets standards for smog, soot, and toxic pollution from power plants, but has no standards for carbon pollution from these plants. Carbon pollution is hurting the bottom lines of companies all across America, fueling weather related disasters, disrupting economic activity and imposing staggering costs on the economy. In 2012, the US suffered 11 weather events each costing more than $1 billion (i), with the cost of Superstorm Sandy alone expected to exceed $60 billion and the drought which afflicted half the country costing $11 billion. Indeed, a recent study from Munich Re, the world’s largest reinsurer, found that over the last 30 years weather related loss events in North America have quintupled, growing at a faster rate than anywhere else in the world.(ii)

While the costs of climate change keep rising, so does the value of unleashing American innovation and entrepreneurship to solve this problem. The expanding clean energy sector is a powerful platform to restore a robust economy and create millions of new jobs in every sector, from manufacturing to farming. Even during the last years of recession and without a federal market signal on carbon pollution, the renewable energy and energy efficiency sectors have grown at record rates.

Over the last four years wind generation has doubled and solar capacity has grown by a factor of five (iii), and both have reduced costs by close to 40%.(iv)(v) Utility run efficiency programs investments have increased from $2.7 billion in 2007 to nearly $7 billion in 2011. Investments like these have created jobs across the economy, with the Bureau of Labor Statistics announcing earlier this year that the U.S. now has 3.4 million green jobs. Meanwhile, the environmental technology sector, which includes renewable energy generation, alone accounts for more than $300 billion in revenues, and 1.7 million jobs.(vi)

The clean energy sector is ready to meet your call to double renewable energy production and implement efficiency improvements throughout the economy. As we’ve seen in the 35 states with renewable portfolio standards and more than 25 with energy efficiency standards, clear policy directives have led to an influx of private investments and job creation. For example the Kansas renewable portfolio standard has already helped to double installed wind capacity, creating more than 12,300 jobs for Kansas citizens, $13.7 million in payments to landowners annually, and $10.4 million in contributions to communities each year.(vii)

And while renewable energy generation is key, your plan also correctly identifies energy efficiency as a huge opportunity to increase our energy supply. Whether in power plants, buildings or vehicles, energy efficiency upgrades have proven to save money while creating jobs. In Ohio alone, utility efficiency efforts passed in 2008 have created more than 3,800 jobs through 2011 and will create more than 32,000 jobs by 2025. And since implementation, these programs have saved businesses and consumers more than $100 million in utility costs.(viii)

Federal standards to reduce carbon pollution from new and existing power plants and increase energy efficiency will provide the clear and sustained market signal businesses, entrepreneurs and investors require to commit significant funds to clean energy projects across the nation. This has been demonstrated in regions that have already implemented such standards and are reaping significant economic benefits. In the Northeast, the Regional Greenhouse Gas Initiative is successful in meeting its reduction targets as well as proving to be economically beneficial to the states involved. The region gained more than $1.6 billion in economic value, consumers saved $1.1 billion on electric bills, and over 16,000 jobs were created, since implementation in 2008.(ix)

Climate change is a global problem and will require a global solution. By ensuring American leadership on climate and clean energy policy, the innovations we develop domestically will also be the products and services we export to the expanding international market for clean energy, a multi-trillion dollar opportunity. U.S. manufacturers can be the leading global suppliers of cleaner cars, cleaner fuels, and cleaner power, and of technologies that improve industrial, power plant and building efficiency. These initiatives will also serve to make our nation more secure by promoting geopolitical stability and helping to avoid resource shortages leading to confrontations and humanitarian crises resulting from climate disruption. As the world’s strongest economy, America can and must lead in this arena.

Mr. President, your plan will lead to greater economic, energy, and national security for this country. By driving American innovation, investment and leadership in the clean energy economy, you are creating the roadmap to sustainable economic opportunity for generations to come.