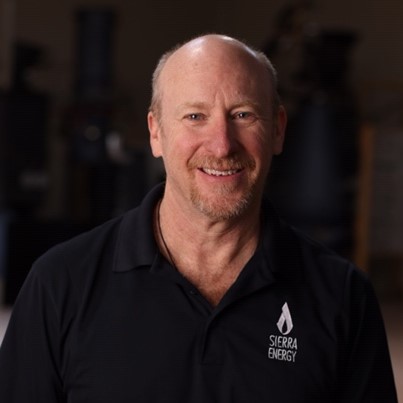 Mr. Hart, CEO and founder of Sierra Energy, has over 25 years of experience forming and running industrial companies. He also serves as President of Sierra Railroad. Hart was named an “Environmental Hero” by the U.S. Environmental Protection Agency for his work in biodiesel and was named a “Champion of Change” by the White House. Prior to joining Sierra, Hart acted as a management consultant for FMC, NASA (Mars Mission), TRW, Boeing, McDonnell Douglas, GMMVO, ARS, and Hay Systems, and worked as a developer for Apple Computers Federal Systems. He led the platform development for the Intelligence All Source Analysis System for the DOD, DIA, CIA in a joint project with Steve Job’s NeXT Computers. He holds a B.A. in political science from the University of California at Davis and a Stanford Advanced Management Program Certificate. 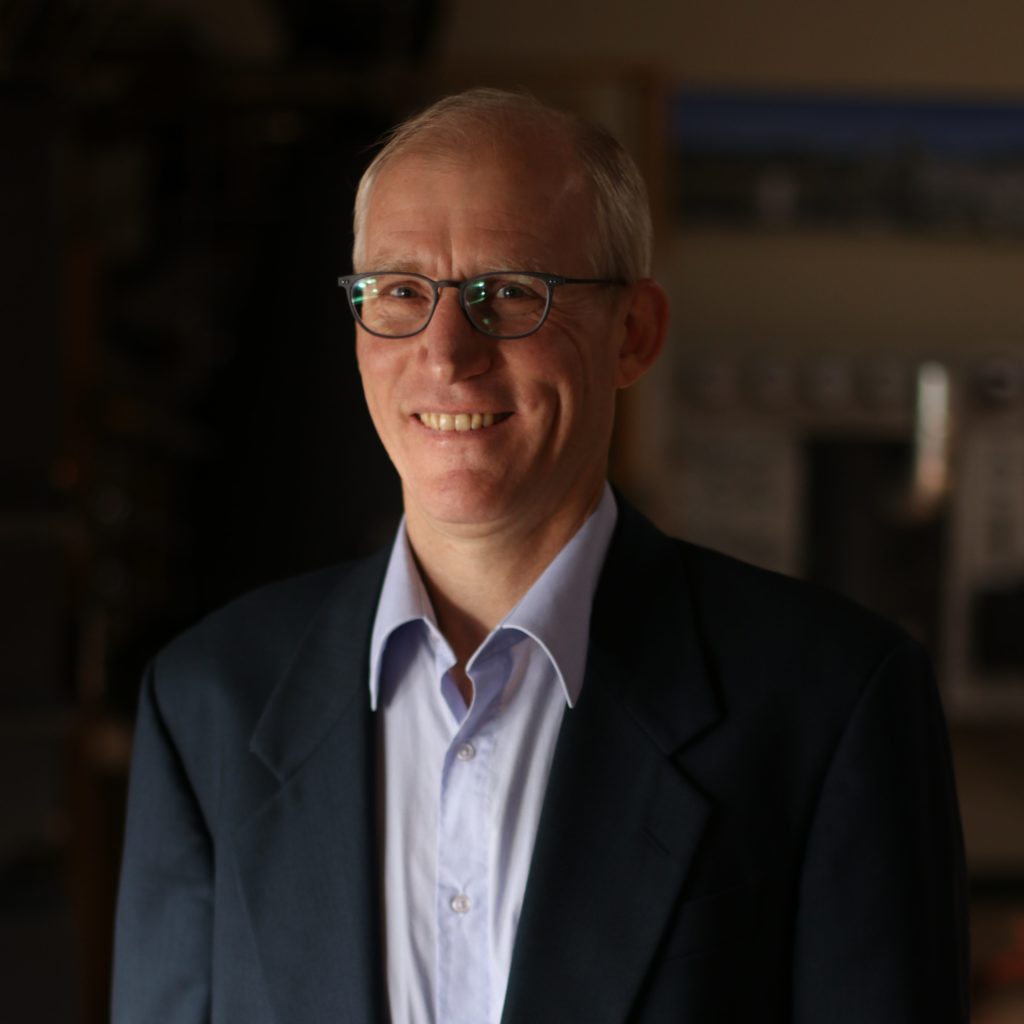 Mr. van Walsem is a seasoned technologist and operations executive with more than 25 years of experience commercializing new products in the chemicals, renewable energy and biomaterials industries. Prior to joining Sierra Energy, Mr. van Walsem served as COO of Metabolix and Lygos where he led the scale-up and commercialization of biobased plastics and industrial chemicals. He earned a Master of Chemical Engineering from the University of Pretoria in South Africa and a MBA from the University of South Africa. He began his career in South Africa working on major engineering projects and operating plants for coal gasification to ammonia and fermentation based lysine. 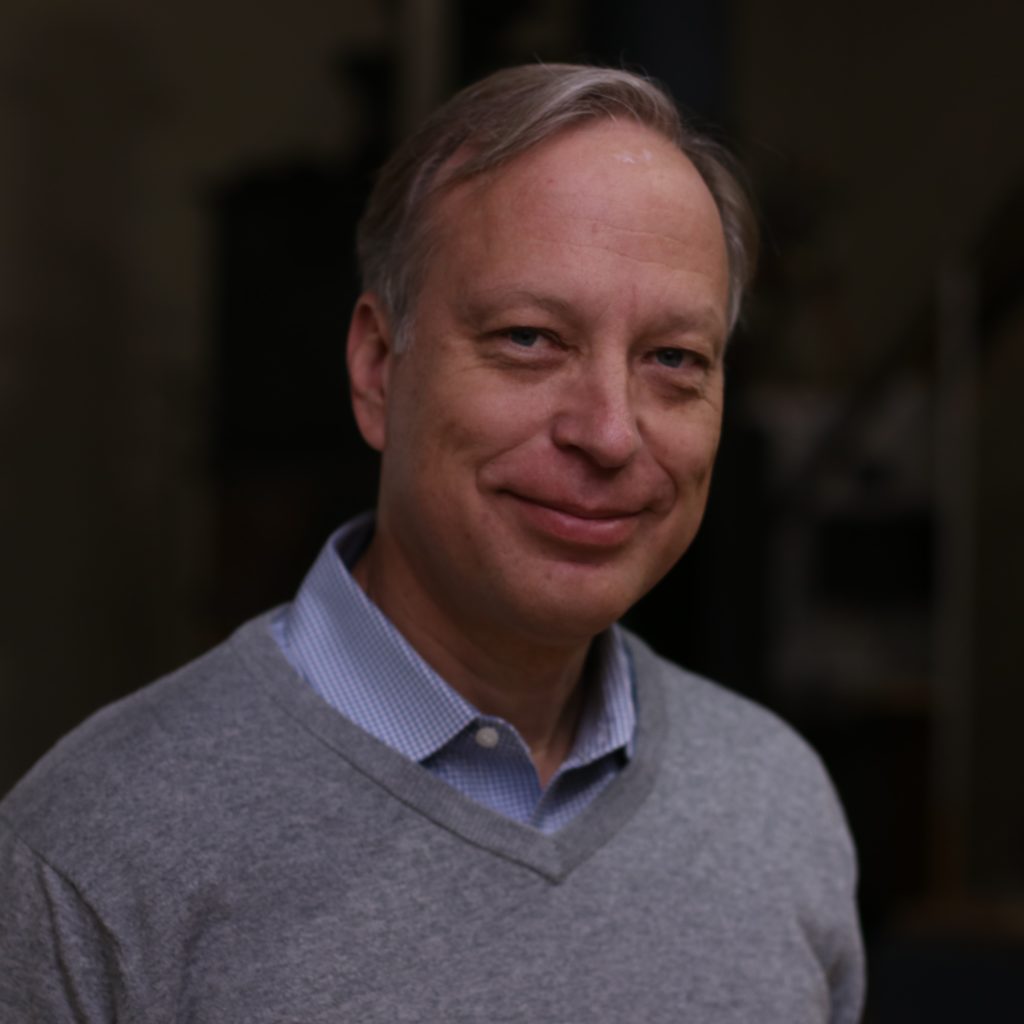 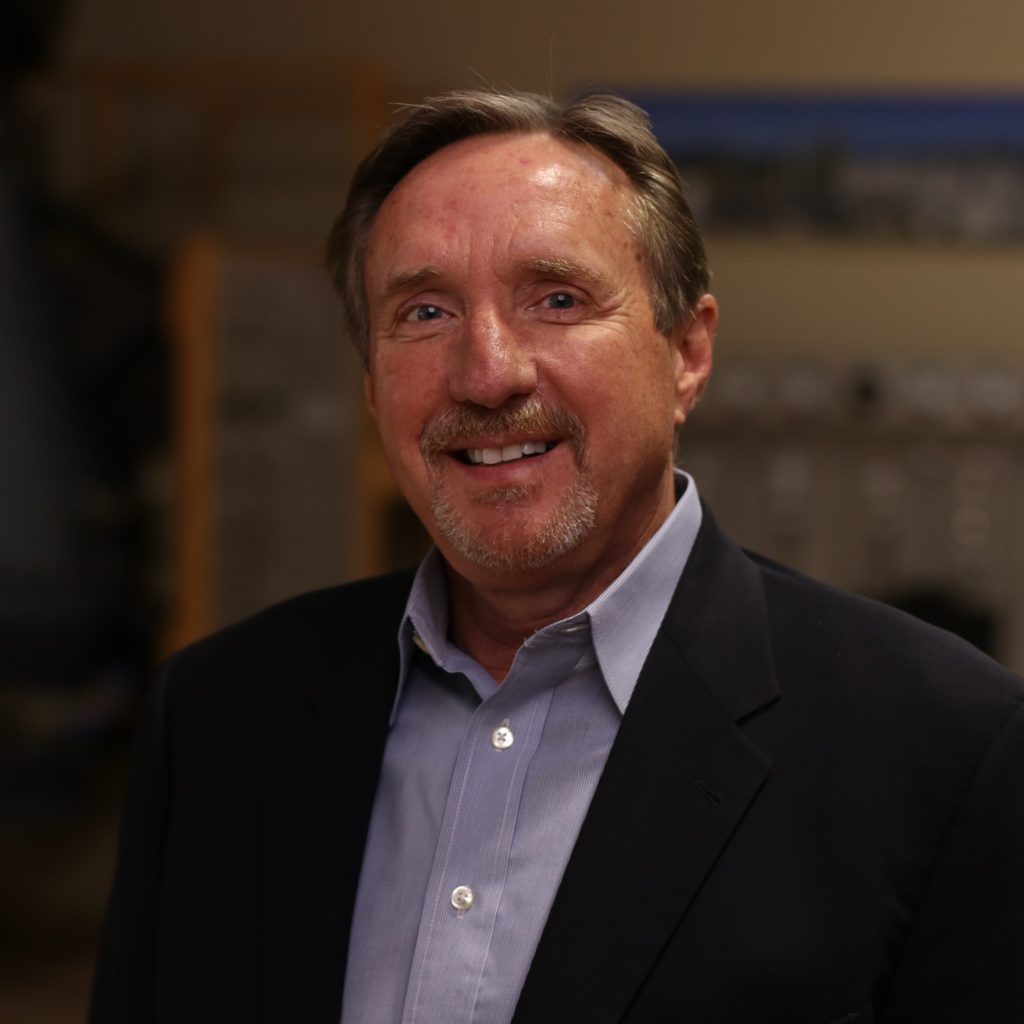 Mr. Miller is a seasoned financial executive with more than 25 years of experience in manufacturing, energy, SAAS, transportation, and supply chain businesses ranging from Fortune 100 to early stage equity backed ventures. He began his career in a GE financial management training program at Union Pacific Resources. He has successfully raised and restructured capital for both public and private companies resulting in significant valuation increases. His experience includes M&A, as well as the USCS International IPO on NASDAQ, which later sold to DST. He earned an MBA at Texas Christian University and a B.S. degree in Accounting at Iowa State University. He is a licensed CPA and a board member of Financial Executive International (FEI), Sacramento Chapter. 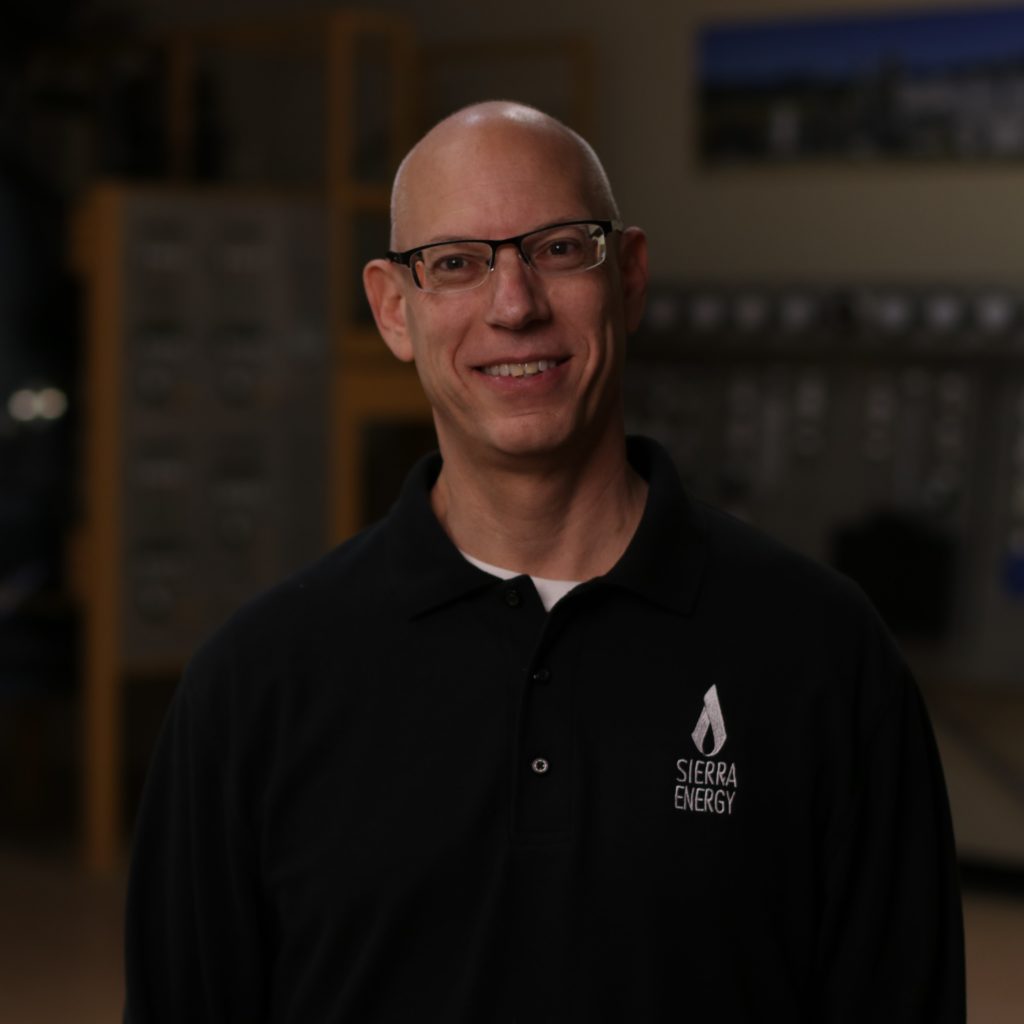 Mr. Kleist has been working at Sierra Energy since 2015. He brings more than 18-years’ experience in building B2B revenue streams. Prior to joining Sierra Energy, he was the founder and COO of Tradesparq, a B2B platform focused on international trade and licensing that he helped grow to hundreds of thousands of members worldwide. He also has served as General Manager at Global Sources, a NASDAQ-listed company focused on global trade. 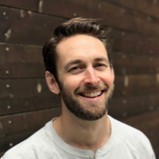 Mr. Dodd has been working for Sierra Energy since 2007 and has been responsible for the R&D and commercialization of the FastOx gasification technology platform. Mr. Dodd earned a Masters of Engineering, with first class honors, in aerospace and mechanical engineering from the University of Bristol in England, with joint studies at the University of California, Davis. Prior to joining Sierra Energy, Mr. Dodd worked for Goodrich Aerospace, The European Space Agency (ESA), Atkins Engineering Consultants and TGL (later acquired by Alstom). 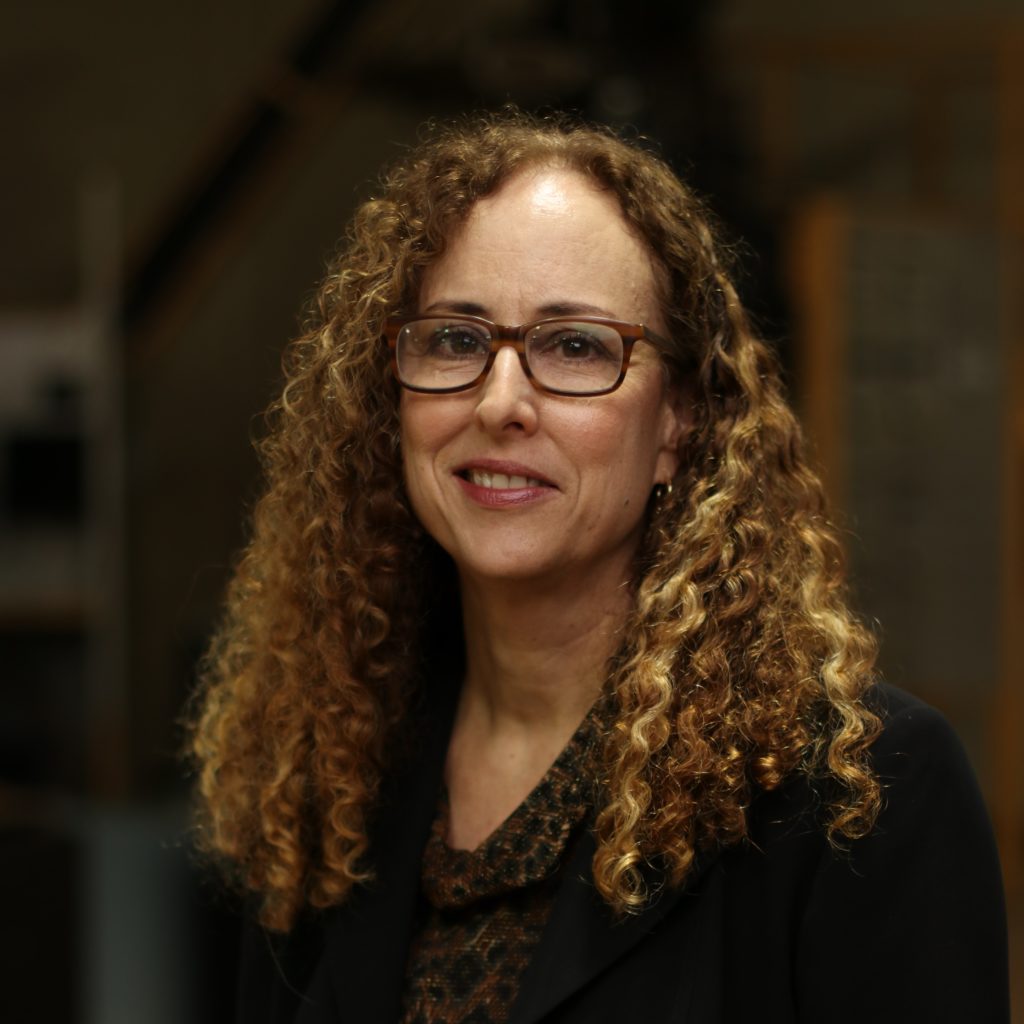 Ms. Sorvari is a senior human resources professional with over twenty years’ experience working in technology, media, education, social services and the state legislation. She earned a Bachelor’s degree in Business Administration with a concentration in human resources from Sacramento State University and a Master’s degree in Human Resources Management from Chapman University. She holds Senior Professional HR and California Certifications from the HR Certificate Institute and a Senior Certified Professional certification from the Society for HR Management.

Dr. Biggart is a Professor Emerita of Management and Sociology at the University of California, Davis. Dr. Biggart served as the dean of the UC Davis Graduate School of Management from July 2003 to June 2009. She received her Ph.D from the University of California, Berkeley. She is an expert in organizational theory and management of innovation and has written many books, reports and articles. Dr. Biggart has studied a variety of sectors, organizations and markets around the world.

Under Mr. Davis’ leadership, Ze-gen successfully raised $35 million through three equity rounds, demonstrated its proprietary technology, and recruited a world-class management team and advisory board. Prior to founding Ze-gen, Mr. Davis’ career in business has included launching numerous companies: Database Marketing Corporation in 1986, Holland Mark in 1997, and Cambridge Brand Analytics in 2003. Mr. Davis serves on the President’s Council for CERES, and an advisory panel to Clinton Global Initiative.

Named a “Top ‘Forty Under 40’ of Business Leaders in Silicon Valley,” Dr. Gulbranson earned five degrees, including an MBA, from the University of California, Davis. She began her career as Director of Research Collaborations in the University of California’s Office of the President. Combining her science and business background, Dr. Gulbranson spent two years as a partner at Global Catalyst Partners, a Bay Area venture capital firm that specializes in the high-tech sector. She has launched two nanotechnology firms and a consulting practice.

Mr. Wunderman serves as the President and CEO of the Bay Area Council, a public policy organization in the San Francisco Bay Area. Prior to this, he held key positions in both the private and public sectors, which included Senior Vice President of Corporate Affairs at Providian Financial Corporation and Chief of Staff to San Francisco Mayor Frank M. Jordan. Wunderman also serves on the board of California Pacific Medical Center, Bridge Housing Corporation, and the Advisory Board of the Partnership for America’s Economic Success.

Ms. Dodd previously served as the Vice President of Operations and led the successful effort to acquire funding that opened the gates for the Fort Hunter Liggett project. Ms. Dodd specializes in building strong teams and clear strategic plans. She now applies these skills in software development at Atlassian, a company reinventing the way teams collaborate. Ms. Dodd received a B.S. in Civil and Environmental Engineering and has career background in environmental engineering, permitting, construction, and planning.

Mr. Child serves as a Managing Director for TA Associates, Inc., a private equity investment firm, where he is co-head of the Menlo Park office Technology Group, focused on investments in technology and technology based services. Prior to joining TA Associates, he was a Product Manager for ROLM Corporation, worked with Boston Consulting Group in strategic planning and was a Production Engineer for Hewlett-Packard. He received his B.S. in Electrical Engineering from the University of California, Davis and earned his MBA from Stanford University.