Sierra Energy was selected to win this prestigious inaugural award from over 600 applicants located in 70 countries. With this significant achievement, it will lay the groundwork for a 25 ton per day FastOx Pathfinder system in a disadvantaged Mexico City community to convert waste to renewable electricity. In tandem with the development of Sierra Energy’s commercial FastOx sales, this project sets a precedent for FastOx projects and their environmental and economic development benefits in developing countries.

The Roddenberry Foundation prize recognizes technologies that will boldly go into the future. Founded in memory of Star Trek’s creator Gene Roddenberry, the foundation aspires to bring our world to the optimistic, utopian lifestyle depicted on the show. Through his compelling storytelling, Gene Roddenberry showcased the idea that humanity’s best days are in times ahead and, through technological advances, are achievable. The show depicted a future where technology helped create a better life for all humanity, and this award celebrates companies who are doing just that.

The nonprofit is funding innovation projects through catalyst grants, a fellowship program, and through this award’s $1 million challenge. All of The Roddenberry Foundation proceeds are put toward practical technology uses.

Read more about The Roddenberry Foundation and other prize winners here: http://bit.ly/ 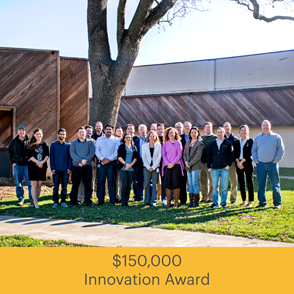